SenSat are asking for opinions on the proposed Temporary Danger Area (‘TDA’) between Huntingdon and Cambridge between 8th April and 10th May 2019 which will form a vital part of the UK Pathfinder Project.

This Pathfinder project is funded by Innovate UK and aims to accelerate the use of Unmanned Aerial Vehicles, operating Beyond Visual Line of Sight (BVLOS), to enable UK businesses to access wider inspection and surveying capabilities of this smart technology. Unlocking beyond line of sight (BVLOS) capabilities means reducing delivery and operational costs for linear infrastructure and gathering data to provide actionable infrastructure information.

The details of the proposed TDA are as follows:

The proposed TDA will be located between Huntingdon and Cambridge. The TDA will include permanent and temporary deconﬂiction measures with local stakeholders and other air space users. All stakeholders’ views and comments will be considered when ﬁnalising the proposed TDA. 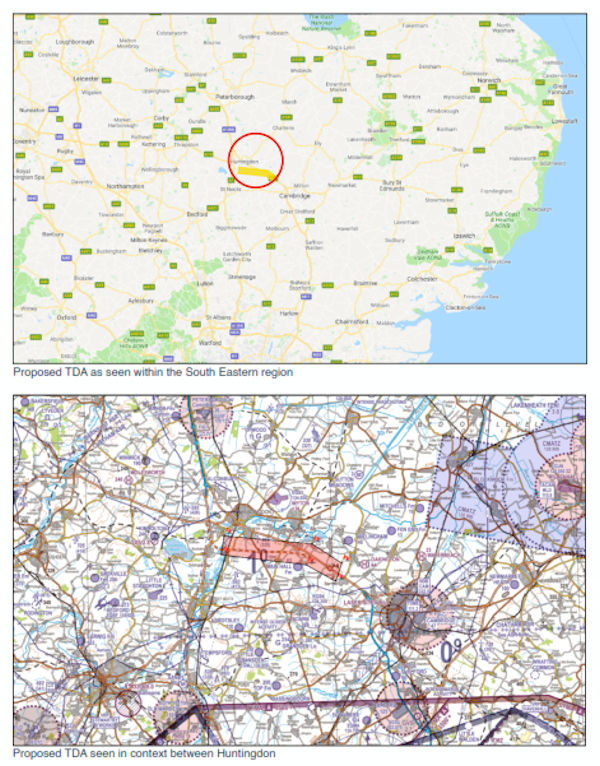 You can read the full proposal here.

How to submit your feedback

The consultation will close on Thursday 31st January 2019.

If you are an AOPA UK member you can also let us know your views by email to info@aopa.co.uk