London Oxford Airport (LOA) gave a presentation on their revised airspace proposal, prior to it being submitted to the CAA, on Wednesday 13 November 2019 at LOA. For LOA and Osprey:

A number of GA Associations attended, including representatives from AOPA UK.

The presentation can be found here.

It was stated that LOA had listened to feedback given at the consultation stage, 98% of responses were negative, and that they hoped the revised proposal addressed the majority of objections raised.

The original proposal was for an area of Class D controlled airspace: 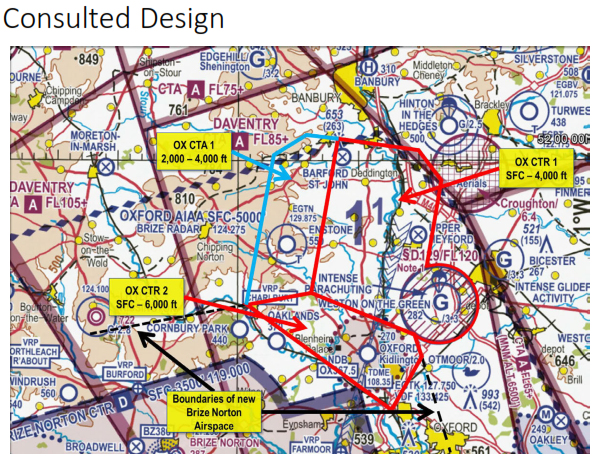 The revised proposal is for an area of Class G airspace protected by RMZ/TMZ, based on the Hawarden model: 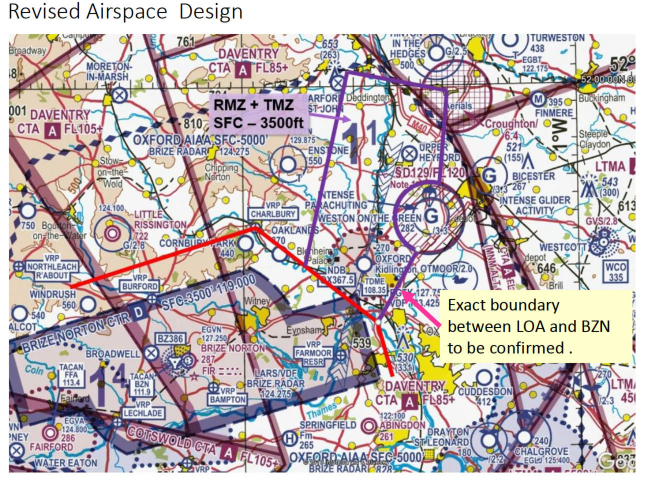 LOA were asked for clarification of the label RMZ + TMZ, which suggested both were required, and whether the 3500 ft was amsl (altitude) or agl (height).

It was confirmed that the upper level is 3500ft amsl.

In respect of the label RMZ + TMZ, it was explained that this did not mean both were required. Based on Hawarden conditions of entry are expected to be:

For flights within the RMZ pilots must comply with ONE of the following:

(b) Display the Oxford Frequency Monitoring Code (with mode C, if available), whilst monitoring Oxford Radar prior to entering and within the RMZ.

(c) Non- radio aircraft should contact Oxford ATC prior to commencing any planned flights that will enter or cross the RMZ for authority to enter the RMZ.

(d) Conduct flight in accordance with valid Letter of Agreement with Oxford ATC if operating from a site within the RMZ.

It was suggested that the label should be changed to RMZ/TMZ, or other as appropriate, and make it clear that the upper limit is amsl.

It was stated that LOA were keen to enter into Letters of Agreement with relevant airspace user groups.

LOA were also asked to re-consider the Northern boundary of the RMZ/TMZ as this is likely to cause increased traffic around Hinton in the Hedges and Turweston with pilots avoiding the RMZ/TMZ to the North. LOA were criticised for not evaluating this impact as part of the change process.

Kerry Wood, Osprey Consulting Services, says "Whilst we accept that some of the General Aviation community will still have reservations about certain aspects of our proposal, we hope that there is an appreciation that we take your concerns seriously and have sought to mitigate as many as possible with our modifications.  We all appreciated the healthy discussion concerning our design modifications following the consultation feedback and will reflect on some of the feedback received during the afternoon." 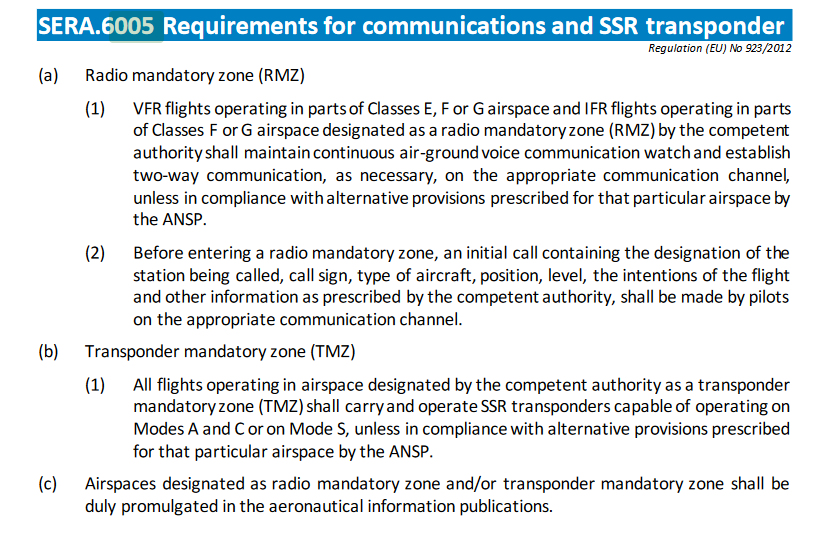